As a kid I used to dream of racing around Tatooine with Anakin. This is now possible with the advent of FPV drone racing. This is a technology that has only recently become possible due to the reduced size and weight of the flight control computers needed to keep the four rotors in balance.

It involves racing at speeds of up to 70mph around a racecourse while an on-board camera transmits live imagery into a set of goggles that the pilot wears. With an acceleration like nothing else (0 - 100 km/hr in just 1.3s) I can assure you that it is without doubt one of the most adrenaline fuelled things that I have ever done.

The sport is growing fast - in March 2016 Dubai hosted the first World Drone Prix. The $250,000 prize was won by 15-year-old Luke Bannister from the UK with another $750,000 distributed amongst the runners up. Although this may have been helped by the backing of the crown prince of Dubai it is not alone. The Drone Racing League (DRL) in America, which aims to commercialise drone racing with high profile races around the states, has received “more than $8 million” in investment to date. The consumer UAV market is currently estimated at over $1 billion. Certainly there is money to be made here – as both a keen pilot and an aspiring drone engineer I just need to figure out how!

One key challenge facing the commercialisation of FPV racing is the question of how to best film the race. Drones are already equipped with LEDs to help the spectators keep track of things while TV screens display live on-board footage to give that first person view experience!

Are you interested in getting involved? You can buy a pre-assembled drone and be flying in minutes but don’t. You will crash and when you do you need to know how to fix it. Everything that you need to get started will set you back ~£300. The child inside you will thank you forever!

Everything you need for FPV racing

Strut of the drones: fireworks to fashion 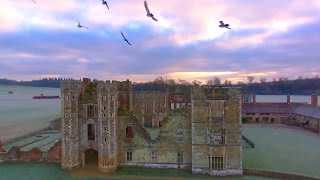